You are here: Home / Archives for IPAD third generation 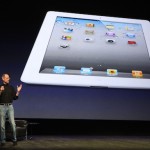 Apple Inc has launched its third generation IPad to be used by the world. Its current CEO Tim Cook at the unveiling said that the age of Personal computers is now long gone. Whereas he believed that in today’s fast paced world IPad will be the most contributing factor. The IPad has received positive reviews […]