You are here: Home / Archives for JellyBean

IOS Vs JellyBean : Which Is Better? 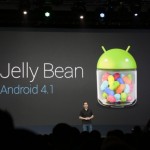 New versions of IOS and Windows Phone are about to be officially released in the upcoming months, while the fans of the popular Android JellyBean can already enjoy the latest version on some of the new terminals. The war in the operating system world for mobile phones has begun, but with all these, only two […]

Filed Under: Android Tagged With: Android, iOS, JellyBean
Recommend on Google
Get this widget »»