You are here: Home / Archives for mobile reviews 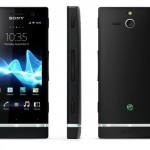 Sony Xperia P is one of the three smart phones of the Xperia range that is launched by Sony after falling out from the Sony Ericsson partnership. The company launched this phone at MWC which happened earlier this year but the world soon went gaga over this and other phones that were also launched by […]